What to do with party leftovers 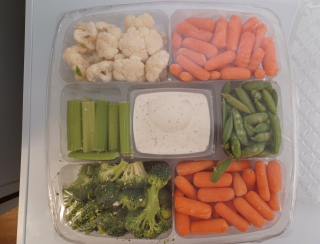 One can only eat so much rabbit food as prepared...

So after living in an apartment for nearly six years, I recently moved into a house and had a house warming party, an opportunity for my friends to check out the new digs (I'll use any excuse for a party!).

Not wanting to cook or grill (no real time to visit), I ordered pizza and wings for the party, asking folks to bring a salad, side dish or dessert to share.  They brought a BOAT LOAD of food! 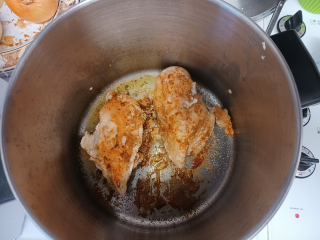 But I can't possibly eat all this stuff before those dreaded "Best By" dates hit, so what do I do with it all?

Here's an idea for veggie trays, make some soup.

After the chicken is browned, pull from the pot, set aside for chopping later and add the veggies to the pot

Basically all I did was brown a couple seasoned chicken breasts, then chop up some vegetables and add them to the soup pot, pour in some water, let that all simmer for an hour or so, then I added some rice for a nice chicken and rice soup.  The house got to smelling SO good!  After letting the soup cool, I portioned it out for the freezer and some cold weather comfort food meals down the road.  Combined with a nice crusty garlic bread, it's another dose of YUM!

There are so many options when it comes to these meat, cheese and veggie trays.  Broccoli, cheese and sliced turkey over rice or noodles; ham fried rice, broccoli cheese soup; cauliflower and cheese casserole.  If you've got a few items in your pantry and fridge like onions, garlic, mushrooms, potatoes, rice, noodles, some bacon, everything is better with bacon - loaded cauliflower and cheese casserole topped with sour cream and bacon anybody?  It's actually kind of fun throwing a few ingredients together, almost like you're in an episode of Chopped on the Food Network, a show featuring party leftovers.   Creating some easy pop-in-the-microwave meals you can pull from your freezer later is a good time!

As far as all those desserts go, cakes freeze really well, just slice into individual portions and freeze.  Same goes for pies and cheesecakes.  Divy them up to enjoy later!  And if you feel ambitious, those pretzels in a food processor makes a great base for a crust or topping! 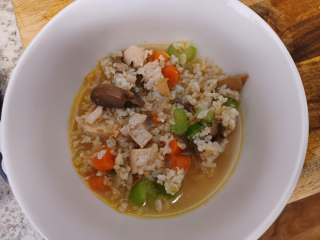 Delicious Chicken and Rice Soup and just look at that color!

Getting creative with party leftovers not only prevents spoilage, it saves you some money on that grocery bill!  I won't have to go shopping for awhile now thanks to my friends and those house warming donations!