Home Archives Grilling
FORGET TACOS ON TUESDAYS. TACO BELL® WANTS FANS TO reBELL AND ENJOY TACOS ANY DAY
What to do with leftover ham 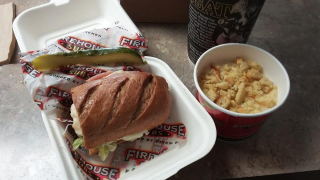 Firehouse Subs recently announced a new promo, calling it "Firehouse Pairs" which is pairing any small sub with one of their signature sides for $7.79.

Here's their description from the initial promo:  Introducing Firehouse Pairs now available at U.S. locations. Pair any Small Sub with a Signature Side, like a small Hook & Ladder with our new Five-Cheese Mac & Cheese, elbow macaroni in a rich white five cheese sauce made with White Cheddar, Monterey Jack, Parmesan, Romano and Asiago cheeses with real cream and butter and a toasted bread crumb topping.

Sounds great right?  So that's what I went with, the Hook & Ladder and Five-Cheese Mac & Cheese. 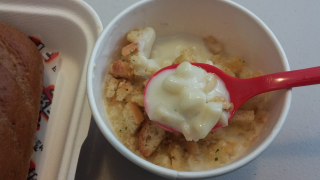 I ordered the sub on wheat bread and went over to the drink area to pour myself a soda.  I was now in "Hurry up and wait" mode, but it was well worth it.

I dug into the mac & cheese first.  The mac & cheese was outstanding, the pasta was perfectly cooked and surprisingly Al dente, not mushy as I had feared with visions of school cafeteria mac & cheese slop running through my head.  The sauce though is what puts this mac & cheese over the top, you get all those cheeses in every bite and the bread crumb topping was toasty crisp.  This mac & cheese delivers on the description hype with every spoonful. 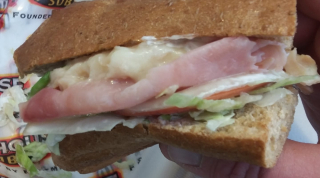 The Hook & Ladder Sub was equally good, I found myself alternating between the sandwich and the side.  There's so much flavor packed into the Hook & Ladder and it was prepared perfectly.  My sub had a generous portion of meats, the cheese was melted perfectly, the bread was soft and warm and the "Fully Involved" was spot on.  Firehouse cranks out some great sandwiches, I've had their Hero Sub and their Smokehouse Beef & Cheddar Brisket - I don't think getting a sub that disappoints is possible at Firehouse.

This meal was totally satisfying and with a drink cost me $10.41.  It was almost, I say almost, too much food!  Firehouse Subs and their Firehouse Pair of the Hook & Ladder Sub and Five-Cheese Mac & Cheese gets 5 out of 5 Bachelor on the Cheap stars.

Along with a great lineup of subs, other sides in the Firehouse Pairs include Firehouse Chili, Loaded Potato Soup and Side Salad.

Mike,
We here at Firehouse Subs are very happy to hear that you enjoyed your visit! The Firehouse Pairs have been a big hit since they were rolled out in April. Once again, thank you for your feedback and great review!