Getting ready for spring planting 2019 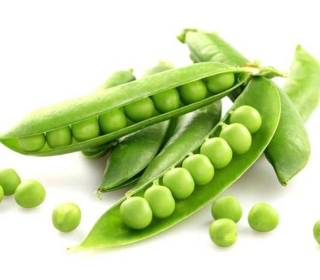 Tomorrow, March 20th, marks the beginning of spring.  For many folks, that means it's time to play outside in the dirt!

I'm one of those playing-in-the-dirt loving people.  Gardening is a simple pleasure for me, from creating veggie or flower beds, to planting, to weeding, to the harvest, from start to finish it's all good. And it doesn't get any fresher than going out to the backyard, patio or balcony and picking fresh produce for dinner.

It's a little early though to go crazy planting all kinds of things outside, frost is a danger through late April in my neck of the woods but a few things can be planted outside now such as peas and onions.  Those plants are cold tolerant and the germination times for pea seeds and onion sets helps in reducing the frost risk.

Living in an apartment with a patio, I have to container garden, which also means pairing plants together.  Onions won't take up a lot of container space, especially if you're just going for green onion eating, they can be planted at the front of containers for easy picking.  The pea variety I'm planting is the 'Lincoln' variety, which is a fairly compact variety, not needing a trellis and does better than most peas in warmer weather.  I'll be placing the peas in the middle of my veggie containers.  They won't be invasive overtaking the onions in the front and that middle of the container placement will also leave room at the back of the container which is up against a trellised fence for climbing veggies like cucumber and pole beans.  I'll be planting those varieties when the danger of the last front has passed.

Tip: Growing plants from seed rather than buying starter plants is less expensive and will allow you to plant more variety in your garden.