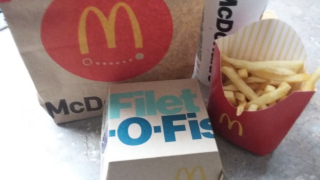 For dinner this day, as a matter of convenience (I live two buildings down from a McDonald's) and in the name of food science, I had the McDonald's Filet-O-Fish.  Going into this challenge I predicted this would be on the bottom rung of the fish sandwich ladder.  I've sampled this sandwich before (yester-year) and I knew going in this would be a less-than-steller sandwich but to be fair in comparison the sandwich must be sampled again for this challenge.  Described on the restaurant's website as a wild-caught fish sandwich, the fish fillet is supposedly made with Alaskan Pollock sourced from sustainable fisheries, topped with melty American cheese and creamy tartar sauce, and served on a soft, steamed bun.  C'mon McDonald's, who do you think you're fooling here?  You process/mash a bunch of fish in a machine, shape the mash into a little square, bread it and flash freeze it for later frying.  There's nothing fillet about it.

So enough with the Mickey-D rose colored glasses marketing, "How was the sandwich?" You ask.... 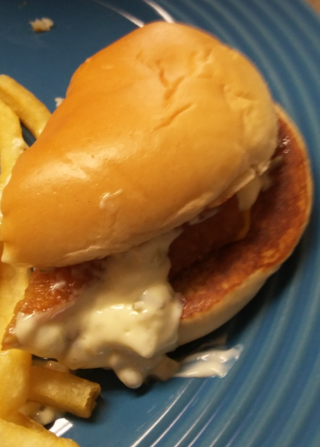 This 'recipe' for a sandwich is in serious need of updating.  I don't think there's been any changes to this thing (other than the quality of the fish going down) since it was introduced in 1963.  The fish 'patty' - not to be confused AT ALL with a fillet - to bun ratio is laughable, too much bun.  The breaded patty didn't have much of a crunch when biting into it either, that gummy texture was present.  There was overkill on the tartar sauce and the whole thing put together, even with the warm bun and melted cheese, was just bland.  I had better fish sticks in elementary school.  I will say this, despite how underwhelming this sandwich was, it was better than what Long John Silver's had to offer.  Sad, but true.

I paid $6.44 for this meal (combo, sandwich/fries/drink) and so that part was Bachelor on the Cheap friendly, but the sandwich is NOT a repeat buy.  If you didn't already know this, if you're craving a fish sandwich, do NOT go to McDonald's trying to satisfy that craving!    Remember, I did this in the name of food science (cough)....

The Filet-O-Fish gets two out of five Bachelor on the Cheap stars.

So far, I've eaten at four restaurants and sampled their version of a crispy fish sandwich, but I have I sampled the best fast food has to offer yet? 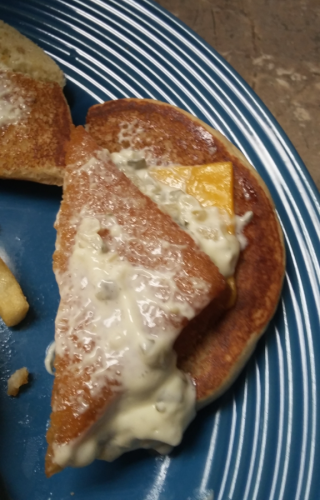