In the name of 'food science' (a'hem, cough), I have sampled fish sandwiches from all the national fast food chains I have access to in my neck of the woods that have a fish sandwich on their menu.  Which restaurant and their version of a crispy fish sandwich will get top honors?

I went through the restaurant list, one meal at a time.....  What?  I ate nothing but fish sandwiches for lunch AND dinner?

Here is "The List" of fast food joints I tried during the course of this challenge: 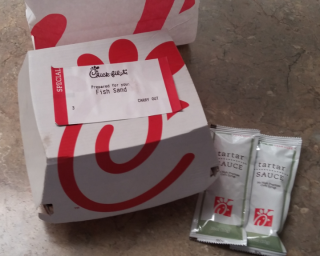 Available only during Lent

Figuring I was saving the best for last, I headed to Popeyes for lunch and my final fish sandwich of the challenge... But as I was standing in line and reviewing the menu, I noticed "Discontinued" hastily plastered on the seafood portion of the menu.... "Uh-oh," I muttered to myself...  When it was my turn to order, the staff member at the register confirmed it for me, all fish/seafood items have been discontinued, to include their fish sandwich... So off to Chick-fil-A, an impromptu plan B, I went....

I didn't put Chick-fil-A on my original list of fast food restaurants serving fish sandwiches because although they do have a fish sandwich on their menu, it's only available on Fridays during the season of Lent.

But guess what, despite Popeyes discontinuing their seafood/fish offerings, I did save the best sandwich for last! 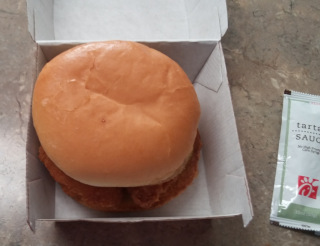 It's all about the fish

Of the nine restaurants I've visited, Chick-fil-A makes the best crispy fish sandwich!  Here's the description:  The classic Chick-fil-A Fish Sandwich features two breaded and deep-fried cod fillets on a toasted buttered bun with two pickles and a side of tartar sauce.  It's all about the fish in this sandwich and without question, the two fish fillets on this sandwich were the best I've eaten during this challenge.  They were perfectly prepared, seasoned well and presented well.  The fillets were deliciously flaky and the breading was very pleasantly crunchy with every bite.  The buttered bun had that perfect balance of being toasted yet soft and I liked the fact that I could put as much or as little tarter sauce on the sandwich as I desired, as it was served on the side.  Oh, and with that, it's a good tartar sauce, a nice harmony of creamy and tartness.  I paid $3.82 for my Chick-fil-A fish sandwich and it's a repeat buy.  In fact, it's the winner of this challenge!  Unfortunately, I'll have to wait until Lent season 2019 to have it again. 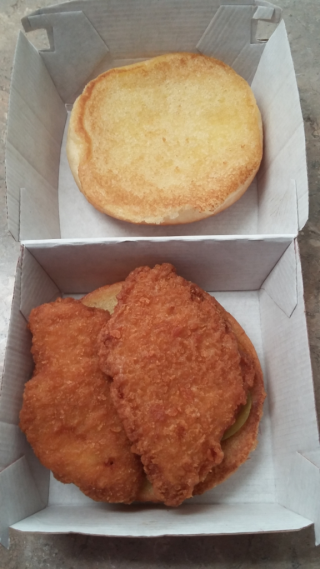 For the challenge, I ate at nine fast food restaurants with a national presence and sampled their respective versions of crispy fish sandwiches.  Of those nine, Chick-fil-A hands down makes the best one.  Nice job Chick-fil-A!