I've heard friends and co-workers over the years throw out a number of claims on why they don't buy in bulk to save money: 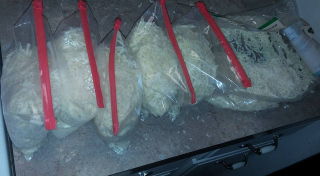 If you have time to watch an episode of Big Bang Theory, you have time to break down some meat, cheese and vegetables for the freezer and you'll be glad you did because you'll save a surprising amount of money.  And a side benefit, your food gets portioned out they way you like it.  That saves time in dinner preparation and your freezer will be more organized, easier to pull items from.

Tonight I spent some time stocking up my freezer with pork chops and a couple roasts by breaking down a 10 pound boneless pork loin, portioning out shredded cheddar and mozzarella cheese, as well as a brick of sliced American cheese.  I'm doing this as I watched, you guessed it, Big Bang Theory.

Bachelor on the cheap.....  Buy some food in bulk, portion cheese out for example in smaller bags and stash them in the freezer until needed. It's WAY cheaper than paying $3 each or more for those 12 - 16 ounce bags at a standard grocery store or Walmart. 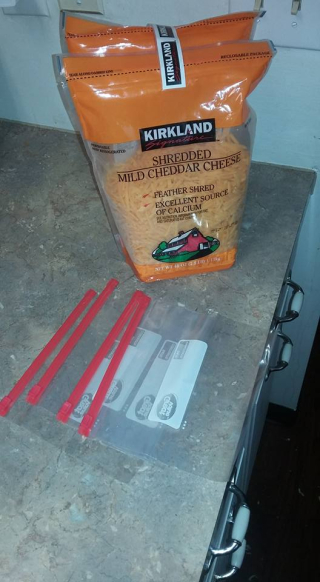 I did the same thing with Kirkland Brand shredded mild cheddar, a twin pack of cheese, 2.5 pounds each.  I won't eat 2.5 pounds of cheddar cheese in a week, heck even two, and keeping that amount of cheese in its original bag runs the risk of spoilage before it's all eaten.  Hello freezer!  Bachelor on the cheap savings by shopping in bulk at Costco: $2.57 per pound for shredded cheddar vs. $3 and up for 12 - 16 ounce bags at your standard grocery store or Walmart.

The brick of sliced American cheese I bought contains 120 slices.  At $10, that's just over 8 cents a slice and this is deli quality sliced American cheese, not that processed, plastic wrapped singles stuff.  I portioned the brick out into 9 smaller 'bricks', wrapped them in heavy duty foil and put them in the freezer.  The same amount of deli quality cheese like in say, Kraft's Deli Deluxe American Cheese Slices will cost you about $18.

Giving you even more savings is becoming your own butcher and it's not hard to do at all!  I've written about breaking down a pork loin before, here's that link:  Bachelor on the Cheap: Being Your Own Butcher.

So to sum, I saved about $3 on portioning out mozzarella cheese, another $3 or so portioning out some cheddar, about $8 with the American cheese and saved about $6 being my own butcher....  All while enjoying an episode of the Big Bang Theory!   Now I've got $20 I can use for gas, or a movie & popcorn, or maybe a bottle of wine to share with a date on date night. 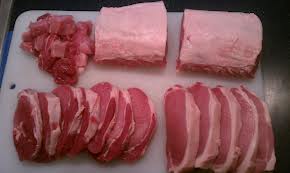