The Fast Food War: Competing for customers, who has the best fast food deal? 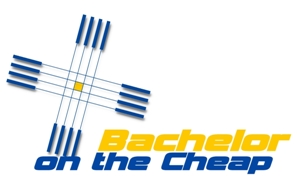 The #2 burger chain, Wendy's, fired the first shot with their 4 for $4 deal.  You get a Jr. bacon cheeseburger, four chicken nuggets, fries and a drink for $4.

Reacting to Wendy's shot, Burger King, the #3 burger chain then pulled the trigger.  Their deal also costs $4, for the same meal, but you get a cookie!   (that's feigned excitement).   And nice "creative thinking" there with the menu BK.....  Copying Wendy's idea, adding a chocolate chip cookie.   I know, it's a brand taste preference thing, meal for meal, mano e mano, I get it.

And seeing their competition launching salvos for more market share, #1 fast food burger maker McDonald's came up with their "McPick 2 Menu" in response.    For $2, you can choose two items from a menu of four consisting of - The McChicken, the McDouble, fries, or mozzarella sticks (3 piece).  Kudos to McDonald's for trying to be creative with their menu ammo and pricing, but that raises another issue which I'll elaborate on later.

In this humble foodie's opinion, Wendy's offers the best deal.  It's not only the best deal in bang-for-the-buck dollar terms, more importantly, it's the better tasting meal.  A Wendy's Jr. bacon cheeseburger vs. a Burger King bacon cheeseburger is a wash, Wendy's has better nuggets (each restaurant serving you four nuggets), Wendy's has better fries than Burger King and I could really care less about a cookie.    Both meals give you a lot of food for the money, both meals are satisfying, Wendy's wins on taste.  Bonus:  Wendy's makes their burgers fresh, you know you're getting a hot meal, not a been-sitting-in-a-warming-bin meal.  Burger King is kind of hit or miss on that with the fries and nuggets.

When it comes to the McDonald's offering, sure, you get a lot of bang for the buck with the McPick 2.  And if you order two $2 orders, you can get quite a meal for $4 but here's the gamble with that....  You probably aren't getting a fresh hot meal.  McDonald's has the best fries, but ONLY if you get them hot out of the fryer.  Unless you specifically ask for fresh fries, odds are, you'll get some that have been in the rack for awhile waiting to be sold. McDonald's is notorious for racking/stacking/packing their food.  Their service is almost vending machine like.   You approach the machine (counter), put some money in the slot (pay the cashier) and the machine pushes/spins out/drops your selection that's been sitting there in the machine for who knows how long.  That's the McDonald's way.  And let's face it, a McDouble isn't as good as a bacon cheeseburger.  A McChicken may be more filling than four nuggets w/sauce, but it doesn't taste as good and who wants mozzarella sticks or fries that aren't fresh out of the fryer?

Prediction:  It won't happen with this particular menu war, but I do think McDonald's is going to eventually lose their #1 fast food chain ranking.  They've really gone downhill.   But instead of getting back to the basics in what got them to #1, they go for silly stuff, like run-of-the-mill mozzarella sticks with so-so marinara sauce.